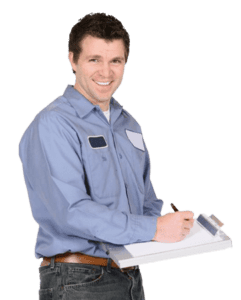 If you’re locked out of your house with nowhere to turn, chances are you’re going to have to call a locksmith. But picking a locksmith may prove trickier than picking a lock itself, especially if your search begins online.

A Marketplace investigation into the locksmith industry uncovered a sprawling network of fake locations and fake five-star reviews cluttering local Google Maps in the Greater Toronto Area and Durham Region.

In response, Google is now cracking down on fake locksmith locations and promising to audit all listings across the country, acknowledging  that “there’s ongoing work to do and we’re committed to doing better.” It comes too late for Tom Gehrels, who experienced the problem firsthand last summer. “I looked on Google Maps because I wanted to use somebody local that had a good reputation,” he said. Gehrels and his wife ended up choosing Birchmount Locksmith in Scarborough, Ont., based on its price, five-star Google reviews and its location — just down the road from their home.

“They quoted us a price of $30 for the service and $45 and up for the actual replacement of the lock,” said Gehrels.

When the locksmith showed up, however, Gehrels said, the cost was more than triple what was initially quoted. After negotiating a discount, the bill came to $242.95. “I just object to the fact that somebody charges you $185 for a $45 lock that takes 20 minutes to install,” he said. “I just think that’s outrageous.”

His anger turned to confusion when he discovered the locksmith that completed the work wasn’t really from Birchmount Locksmith, the local company his wife had called. His receipt bore the name of a different company: Locksmith Experts, with a head office in Concord, Ont., about 40 kilometers north of Toronto.

Soon after he lodged his complaints online on both of their Google Map listings, Gehrels met with the Marketplace team to head to the physical location of Birchmount Locksmith. But the address listed on Google Maps was home to just an empty lot. “There’s nothing here. Clearly there’s something scuzzy going on; I don’t know what it is, but yeah…. It’s worrisome,” said Gehrels.

The website of the Better Business Bureau (BBB) lists Locksmith Experts with an F rating and 11 complaints.

It warns of a pattern of unresolved complaints against the company. On Yelp, the company has nine negative reviews; and Marketplace producers spoke with several dissatisfied customers who complained of unexpectedly high bills and, at times, shoddy workmanship. Marketplace’s investigation shows that in the Greater Toronto Area including Durham Region, fake locksmith locations are flooding the market on Google Maps, so that when people search for a locksmith, it looks like there’s one nearby.

After weeks of research, more than 80 locksmith locations in the Greater Toronto area were uncovered as fake.

At those addresses, Marketplace found vacant lots, pharmacies, retail stores, shopping malls and even a country club. While turning to Google makes searching for a neighborhood locksmith seem easier than ever, Marketplace’s attempts to link these seemingly independent businesses were mostly analog.

Marketplace called up dozens of locksmiths in the GTA that we found were not actually at the address listed and were using what appeared to be fake five-star reviews, including Certified Locksmith Etobicoke, Pape Locksmith and East York Locksmith Experts.

FC Locksmith  claims to be “one of the best locksmith companies in Toronto”, and their website mentions branches all over Toronto, the GTA and Southern Ontario, as well as in Ottawa and Calgary.

However, FC Locksmith does not appear to use its company name in Google Maps location listings.

One call-centre employee at the number associated with the result for “Oshawa Certified Locksmith” told us that FC Locksmith is “quite big” and “has a lot of technicians serving all of GTA,” with a call centre based in Toronto.

FC Locksmith is well-rated on Google Maps, with dozens of five-star reviews. But with some digging, it appears most of them are fake.

A five-star Google review by a Denver Cothron reads: “I got locked out of my car the other day, so I called in for 24-hour locksmith services. They responded right away and solved the problem.” The problem is that the man smiling in the reviewer’s profile picture is actually Toronto lawyer Ian Roland. “The picture’s me, but nothing else is — and I have no idea how they got it,” said Roland.

Marketplace producers tracked Roland down by doing a reverse image search, which traced the photo linked to the fake review back to his law firm’s corporate website. “I’m a lawyer; it’s an appropriation of my image,” he said. “I may have to pursue it.” Some of the other images attached to the fake Google reviews are photos of real-life professors, doctors and real estate agents — but with different names.

Marketplace shared the fake listings with the company and asked for an on-camera interview with FC Locksmith’s owners, Eran Gurvich and Ilay Avnin.

They declined and referred Marketplace to their lawyer, Jonathan Weingarten, who said in a statement, that his client “denies any allegations of fake reviews or locations.” “It is well known to the public that fake reviews may be easily posted by any person or entity from any cell phone or computer, including by competitors in any named profession in order to damage a business reputation,” he said. “FC Locksmith, with very little knowledge about advertising methods, has hired external expert companies to promote its business through online websites and will immediately check into any allegations of fake locations advertised without its knowledge and consent, to remedy this matter.”

The widespread use of fake locations by some locksmith companies came as no surprise to Mike Blumenthal, a U.S. search engine consultant and Google Maps local search expert. “It’s profitable and there’s no real enforcement,” he said.

Blumenthal said fraudulent listings have been an ongoing issue for Google, particularly when it comes to local searches. The problem is more prevalent in some home services, such as locksmiths, appliance repair and garage door repairs, he said, suggesting as many as 85 percent of local Google home services listings could be fake.

People call the locksmith on Google because they trust Google,” said Blumenthal. “Legitimate businesses can’t compete because a business that has collective resources to spam Google pushes them out.”

Fake listings erode consumer trust in how to find a good local business — and in the online marketplace generally, Blumenthal said. And when things go wrong, it can make it hard for consumers to find those accountable. Whoever is posting fake reviews may be in violation of Canada’s Competition Act, the federal law that governs most business conduct in this country.

The Competition Bureau tells Marketplace that “anyone who produces, sells or distributes fake endorsements or reviews could be liable under the [Competition] Act.”

Fake reviews, along with fake locations, are also a violation of Google’s guidelines, which lay out rules against misleading consumers by providing “inaccurate” or “false” information about a business, service or its products.

Companies with a Google profile are required to have one page for its central office or location and a designated service area; listing a virtual office is not allowed, unless it’s staffed during office hours.

If a business uses a location it doesn’t own or lease, it could result in the suspension or removal of its Google account. Blumenthal questioned whether businesses that are willing to cheat on their listings and reviews are also willing “to cheat at who they send out to repair.”

“They could be sending people into your home that are not qualified to be there or shouldn’t be there because of background issues,” he said. And with so much at stake, is Google doing enough to enforce their own rules? 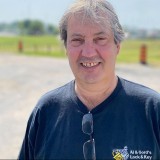 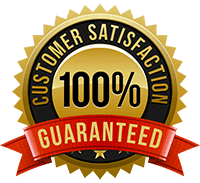